12 million Dutch tourists to go on holiday this summer.

This summer it is expected that approximately 70% of the Dutch population will go on a holiday (that is almost 12 million people). Of these holidays 72% will still have a foreign country as their destination. However, it seems that more and more Dutch tourists are deciding to go on a domestic holiday this year. This information comes from a large scale research on the travel intentions of the Dutch population by Dutch leading statistics holiday reasearch company NBTC-NIPO . â€śThe excellent weather of last year has a positive effect on the intentions for a domestic summer holiday. We see that currentlyÂ  the holidays to a foreign country lack behind in comparison with last yearâ€ť says Marieke Politiek (director of NBTC-NIPO).

Increasing interest in domestic holidays with a caravan or camping trailer.
This year the Dutch prefer a caravan and camping trailer for their summer holiday in comparison to last year. Marieke Politiek: â€śEven though the Dutch prefer a holiday in a hotel, bungalow or resort, the caravan/camping trailer is still gaining ground. The great summer (weather) of 2018 seems to have a positive impact on that. The Dutch tourists that go on a domestic holiday seem to go to the Dutch regionsÂ Gelderland, Limburg, Drenthe and Zeeland.â€ť 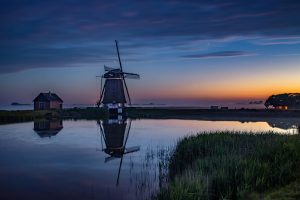 The Mediterranean (still) popular.
While the holiday plans for a foreign destination have decreased with 2 percent in comparison to last year, the interest in the Mediterranean is almost unaffected. â€śIt is striking that the Dutch seem to plan a holiday outside of Europe more often. The amount of holidays by plane grows because of this as well,â€ť says Marieke Politiek.