A lot of travel vouchers were issued last year to Dutch consumers when holidays were canceled due to travel restrictions, lockdowns and corona measures.

Some customers have already exchanged that voucher for money or a new trip, but that has not happened many times yet. In the latter case, payment must be made twelve months after issue. Because the first vouchers were issued in mid-March 2020, that deadline is this week for many travel companies.

Everyone saw that coming. Then what is the problem?

Due to the uncertainty about the coming holiday season, many voucher owners still want their money back. With 600 million euros in vouchers still unused, this is an assignment that is shaking the already hard-hit travel industry.

A number of travel companies, including TUI and Sunweb, say they have sufficient cash in hand, have already completed most vouchers or that they will not reach the twelve-month due date until around May. ANWB automatically refunds money within two weeks after the expiration date.

But Corendon, the number 3 on the Dutch travel market, does not have that kind of cash in hand. The travel giant is now calling the cabinet and regulator ACM: the government must quickly provide clarity about aid, otherwise Corendon will not be able to fulfill its responsibilities.

The tour operator from Lijnden, which has already repaid 15 million euros, has now stopped paying back. Corendon would have to reimburse 7,000 vouchers this week alone, but the money is lacking. Formally, regulator ACM can force the travel giant to pay, but that could mean the end for the company.

The cabinet has already set aside 400 million euros for a voucher fund that will be managed by Stichting Garantiefonds Reizen (SGR). From this, travel companies can borrow money to pay off vouchers, up to 80 percent of the outstanding amount. The loan must be repaid in six years, with interest.

But the cabinet must request permission from the European Commission for such state aid. The Hague is very late with that application: the request was not submitted until the end of February, while it was known that payment had to be made from mid-March. Brussels needs at least six weeks to judge.

Travel vouchers are a sensitive issue there anyway, because European rules state that bookers should actually get their money back within a week if the trip is canceled. On the other hand, the European Commission has previously approved a similar regulation in Denmark.

If that fund is in place, are all problems solved?

The conditions of the voucher fund, to which three hundred travel companies have now made a claim on, are already under attack. Travel agents – travel agencies that do not offer trips themselves, but ‘mediate’ between holidaymaker and travel provider – feel that they do not get enough money compared to tour operators.

For example, D-Reizen only gets 10 million in coverage from the fund, while it says it needs at least 19 million euros. 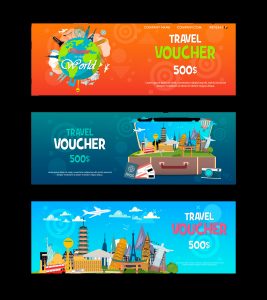 I have a voucher. Can’t I go on holiday now or have I lost my money?

No. Voucher holders can book a new trip for this year up to two months after the expiry date or within the payment term stated on the voucher.

If the travel agency fails to respond, a claim can be submitted to SGR. The website on which this is possible will go live on Wednesday. The Guarantee Fund bundles the claims received and will consult with the travel company. If it is not possible to pay, bankruptcy is filed.

In that case, SGR will refund the amount from its regular guarantee fund, only in the case of affiliated travel companies. This also applies to other guarantee funds. If the company where the booking has been made is not affiliated with anything, which is against the rules, the booker will have to go to court himself or, in the event of bankruptcy, have to report as a creditor.

I want to book now, but don’t know if I can travel. Will I still receive such a voucher?

No more vouchers have been issued since last autumn. Anyone who books a trip now does so at their own risk that it will continue due to corona measures or travel restrictions. In that case, the booker is entitled to a refund or rebooking. Until at least April 15th, all unnecessary travel is in any case discouraged.