When boarding an airplane we automatically get struck by one irritation after another. A favourite: fighting over the armrest in

Nowadays, we can fly to the moon, we are working on building
self-driving cars and we are capable of designing passenger aircraft where up to 853 people can be transported. Astounding intelligent and technological marvels. More astonishing therefore that after 100 years of aviation there is still no adequate solution for one of those top three aviation annoyances – the elbow war in cattle class.

The biggest challenge for aircraft manufacturers is space. Well, at least in economy class; where every centimetre of width and length is used 200%. In English sometimes scornfully described as ‘cattle class’. Where armrests are slightly wider than a match. When I go on a trip, I prefer to book a seat next to the window or at the side of the aisle, because most of the time the seats in the middle of a row are a tight squeeze, you are constantly engaged in protecting your territory as much as possible. 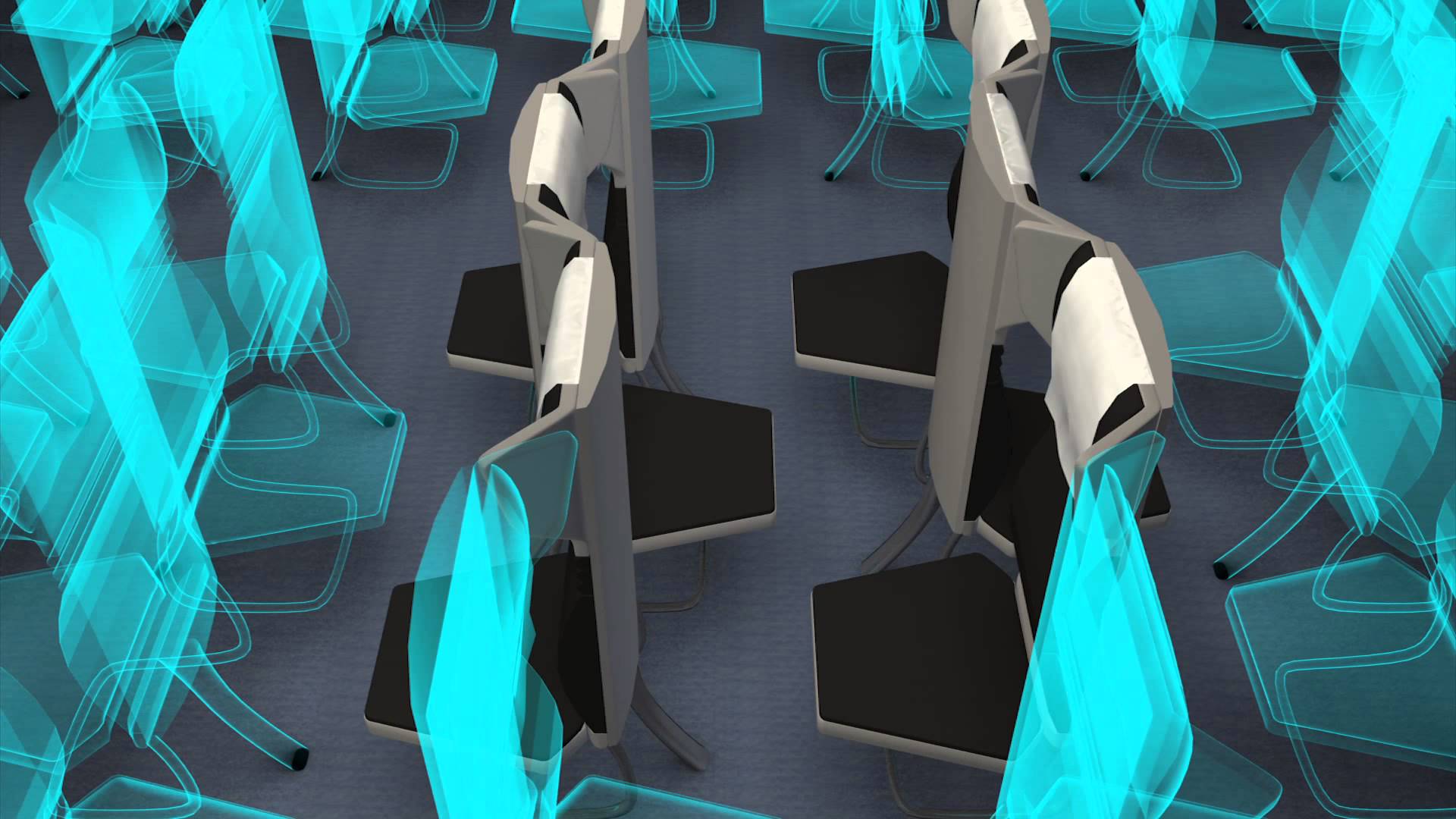 I have to be fair, most of the times it is male passengers who claim the armrests without any embarrassment. Women in that respect are far more well-mannered than men. Especially passengers who read newspapers, magazines and e-readers during their flights are a nuisance. While reading, they take over every part of space they need, including the elbow-rest. Often, that kind of people are not noticing that you also would like to use some part of the armrest. It means the battle is on: you just keep watching your fellow passenger closely and the moment he turns a page, you immediately strike and plant your own elbow on the armrest. Then the ‘elbow grease’ game begins with pushing and preying on every millimetre of space.

Humans invent all sort of ingenious solutions for the biggest problems on this planet, but for some reason or another, after 100 years of aviation, there is still no improvement in the traditional seat plans in aircraft. We do not only get taller (legroom!) but also fatter and that means that our bulging arms will soon dangle over the armrest of our fellow passenger.

Recently however, some innovative solutions have been suggested that could make an end to the elbow battle. The company Zodiac Seat France designed a new type of arrangement for seats whereby the seat of the passenger in the middle is reversed. Also, the Irish company Thompson Aero Seating had an idea to resolve the problem of ‘the elbow terror in cattle class’ with the Aero Cozy Suite. In this design, chairs are positioned rectangular next to each other in order to create more space. Furthermore, there is another solution for the lack of space on an armrest. A very good invention, named the Paperclip Armrest, is created by an Asian organization. So let’s hope airlines before long will take up these amazing concepts and introduce them in their planes. 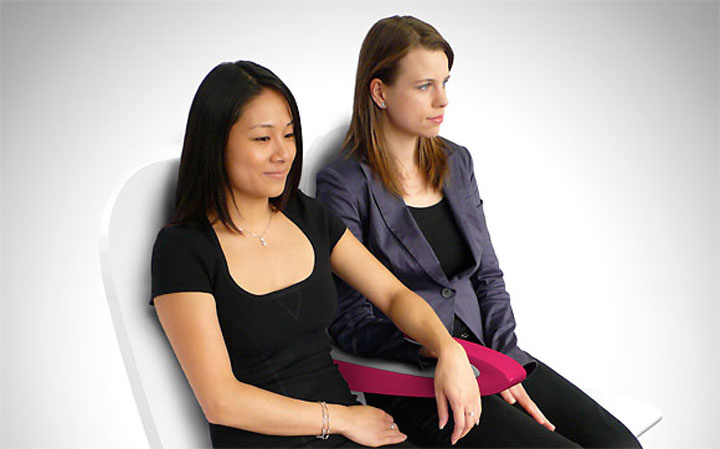 Or stimulate more women to travel, since they occupy less space during their flights. Both are good solutions to make travelling by plane a more appealing experience to economy class passengers. 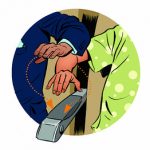 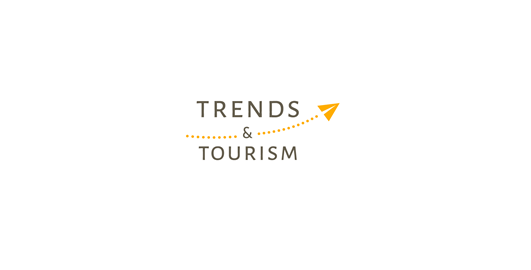